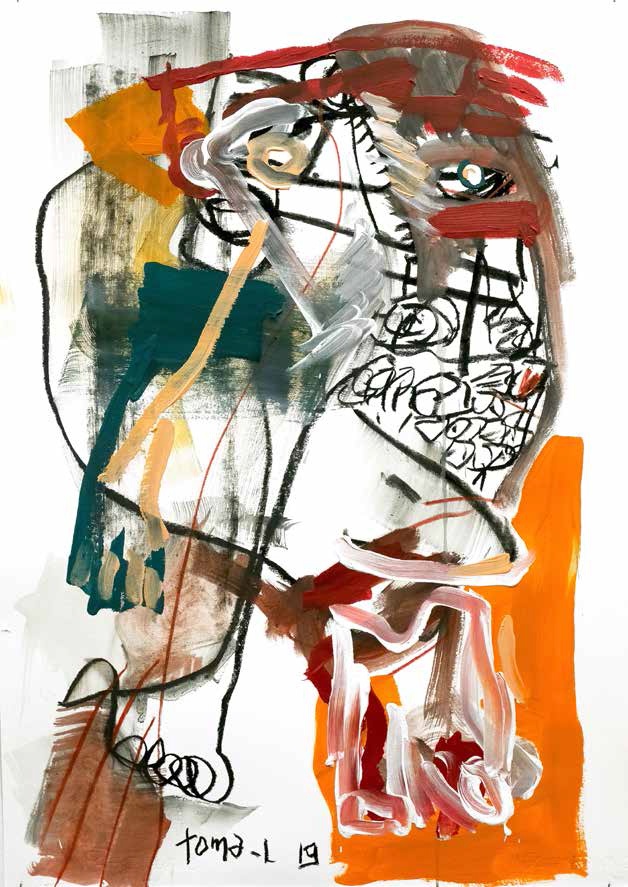 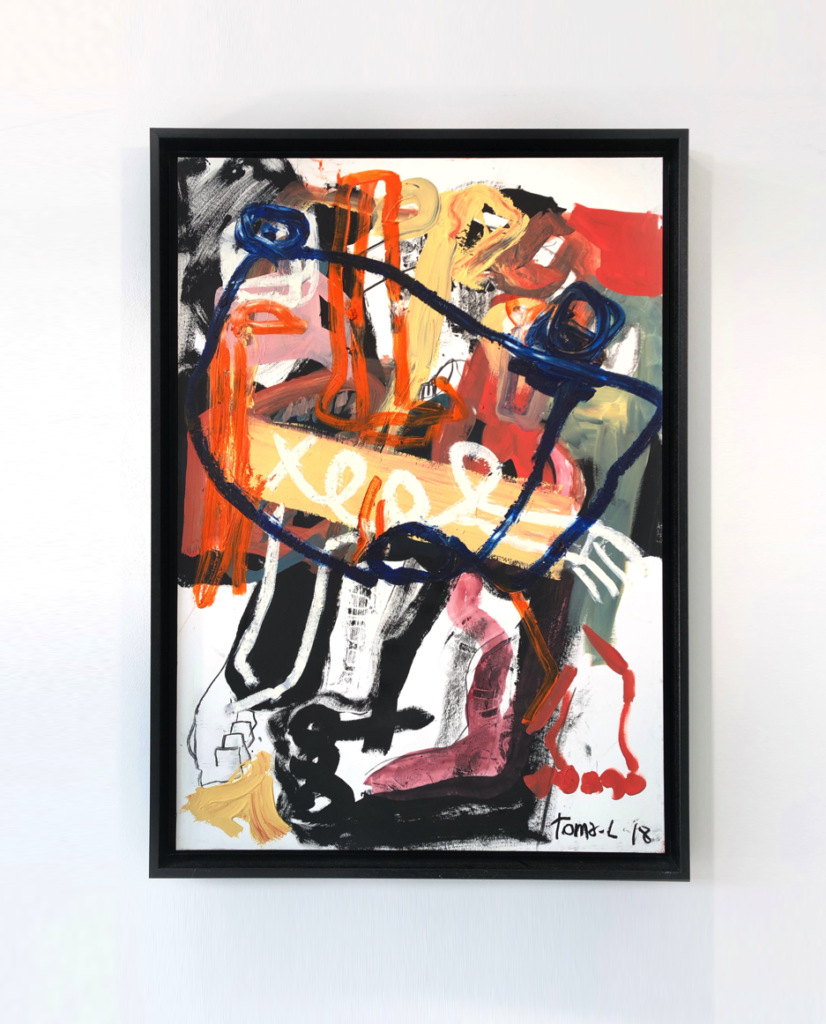 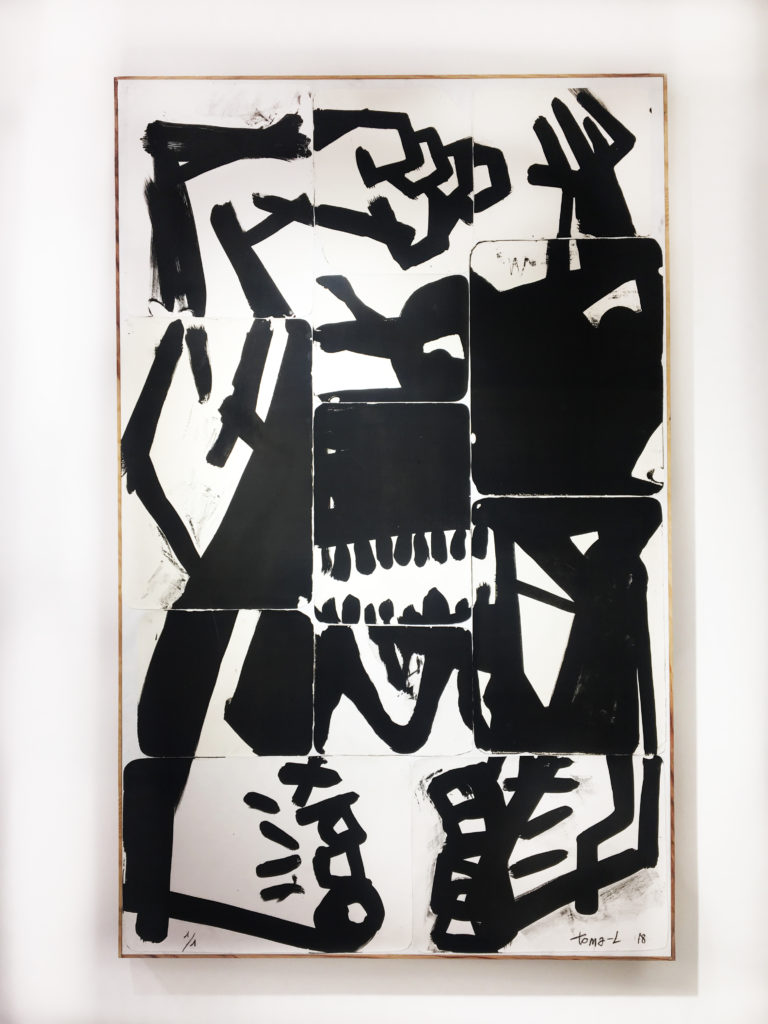 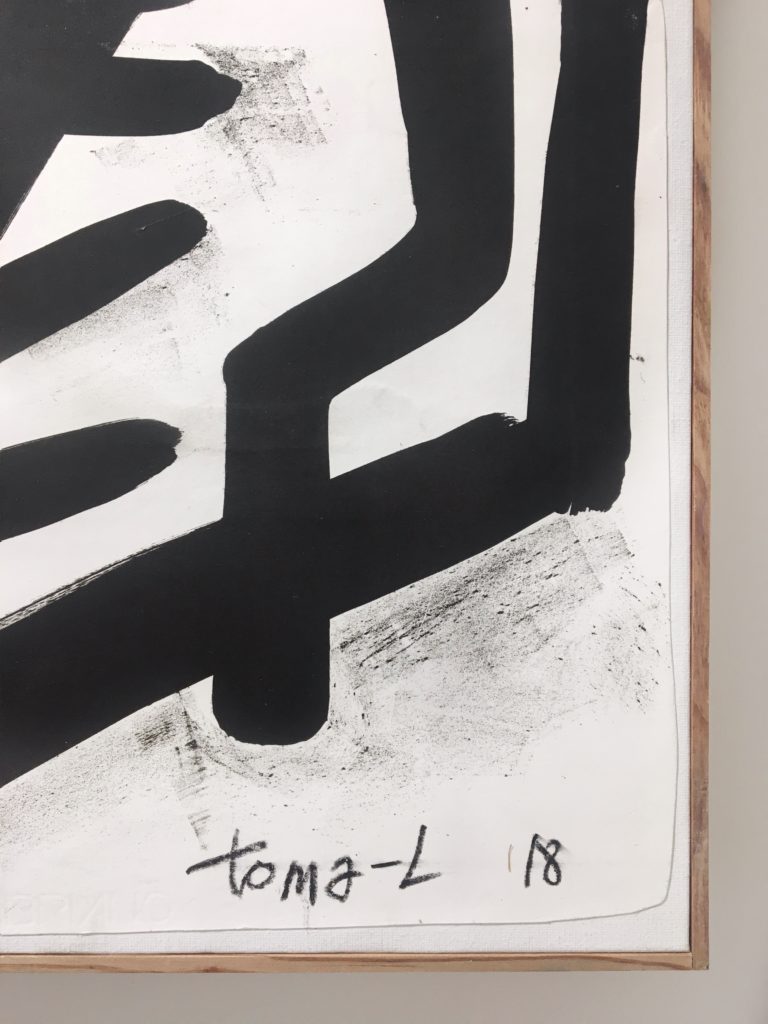 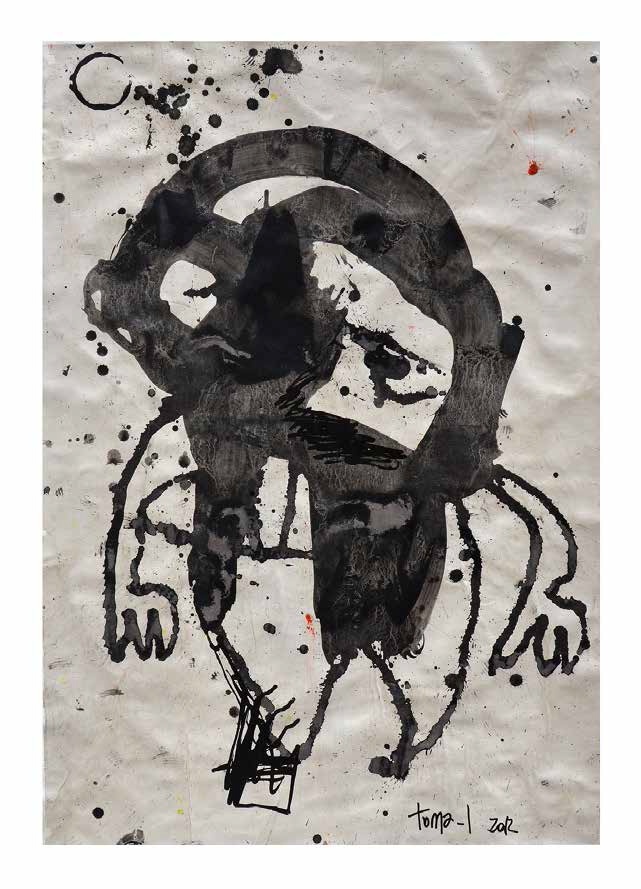 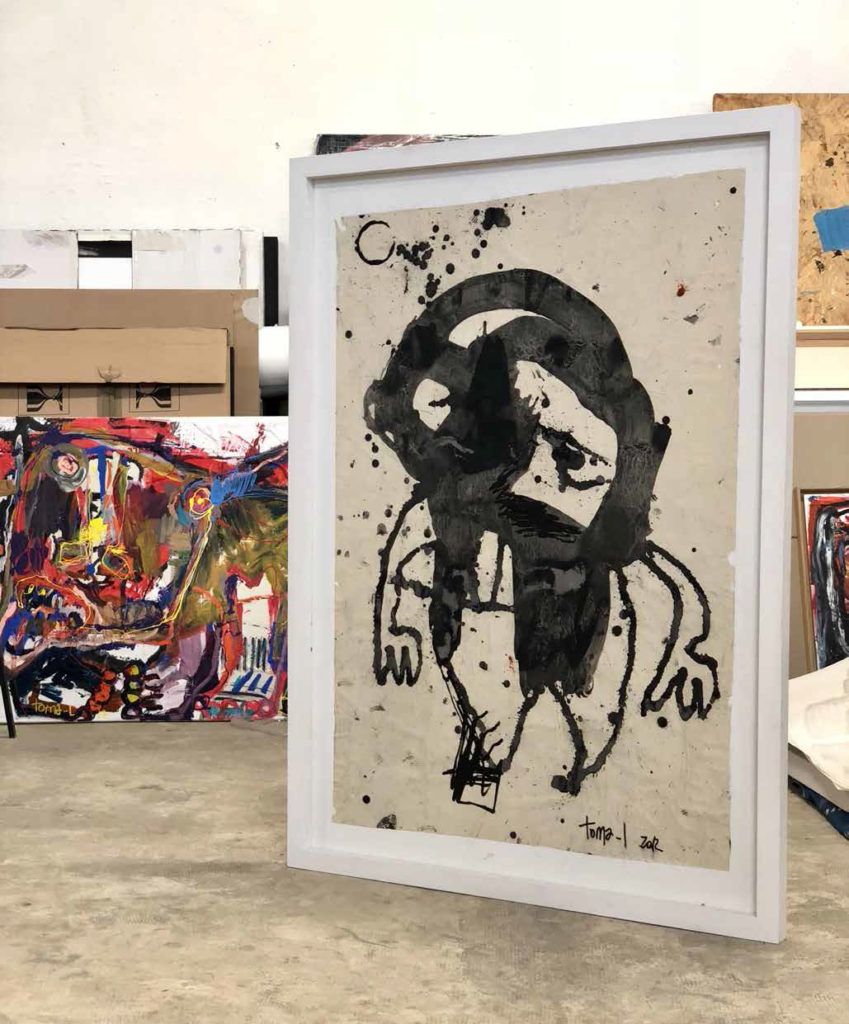 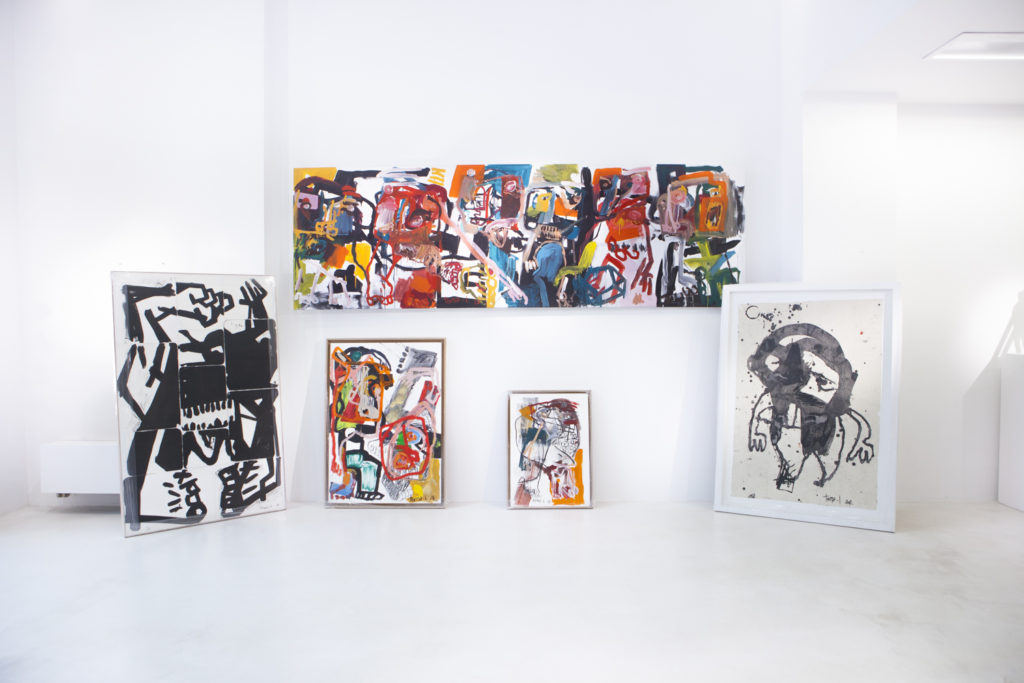 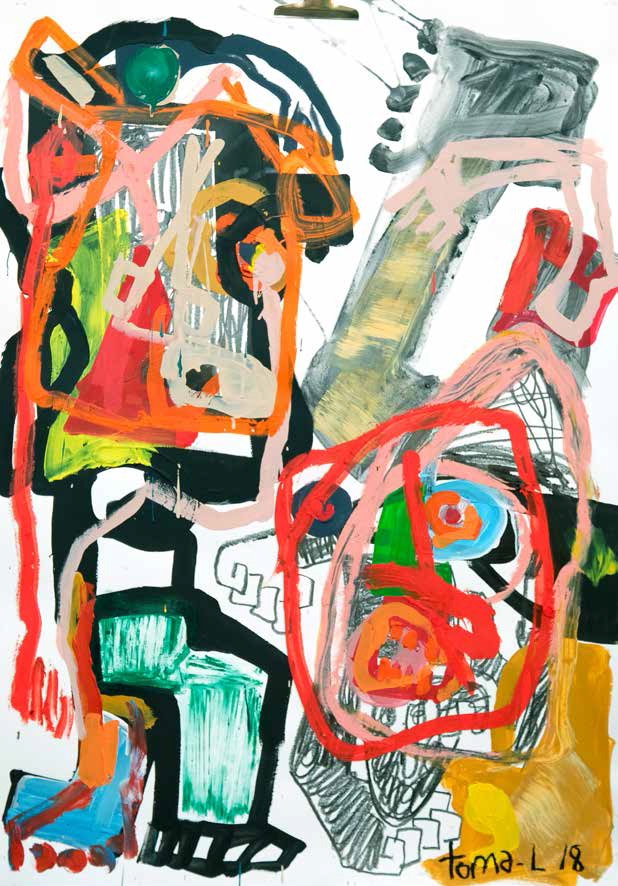 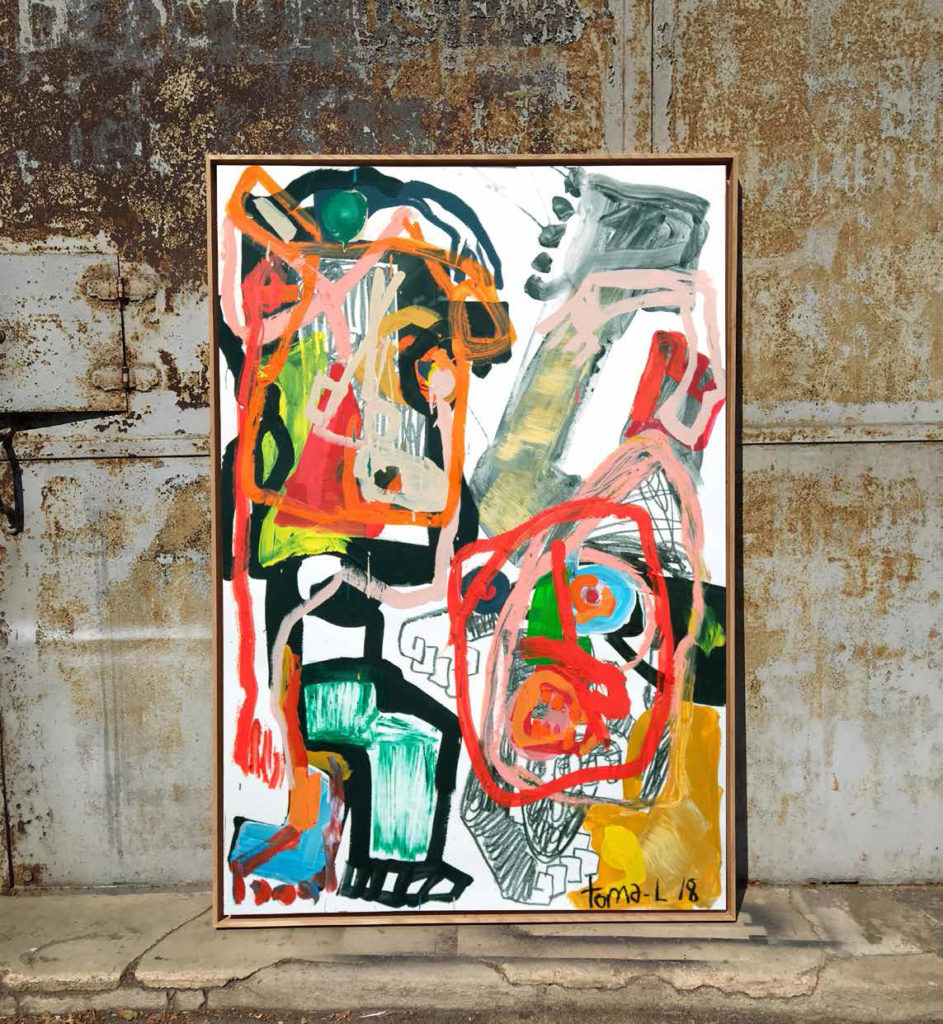 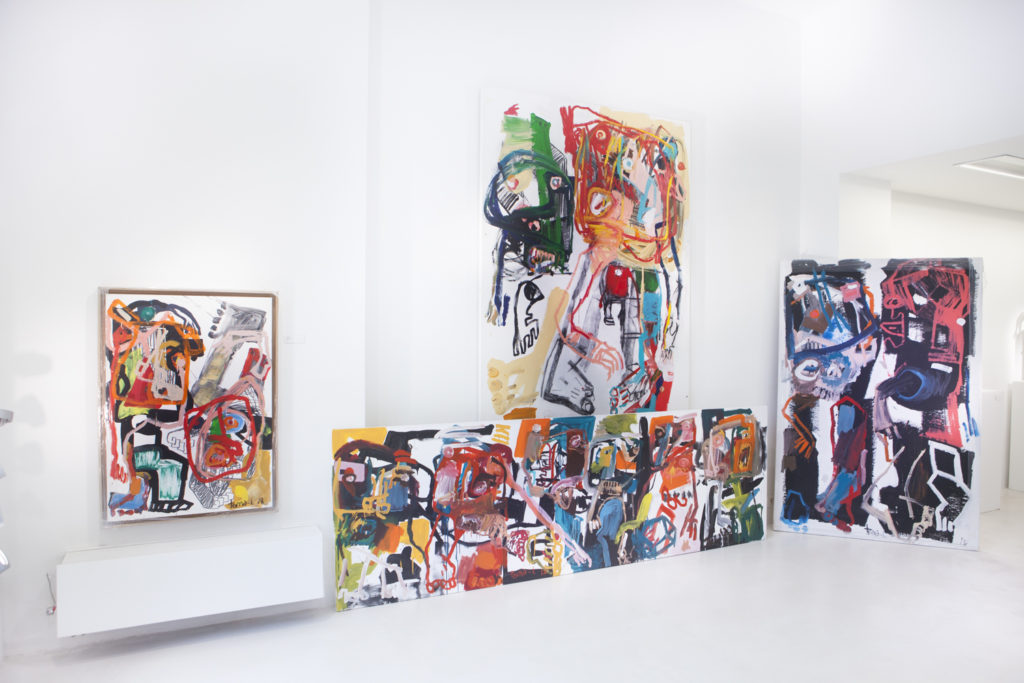 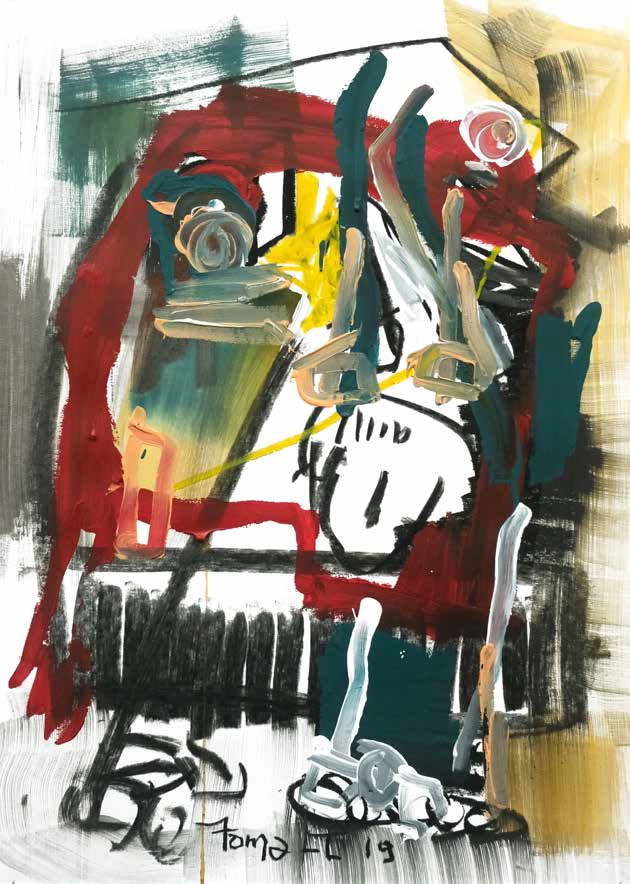 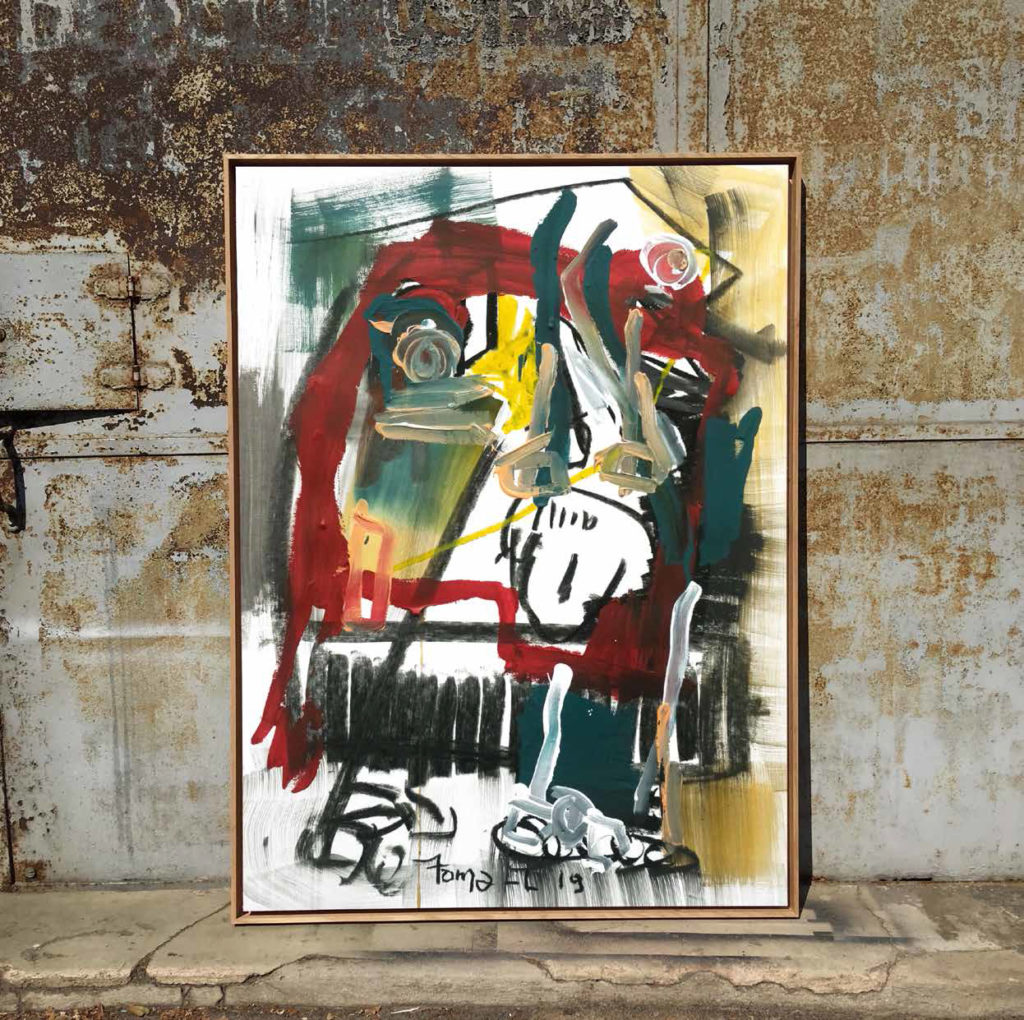 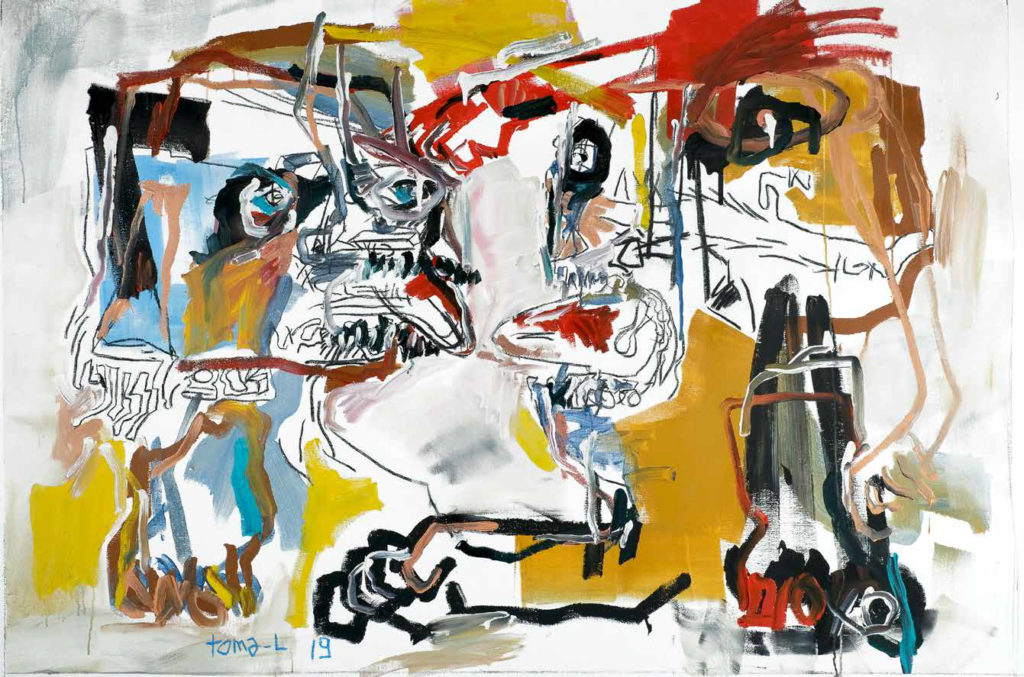 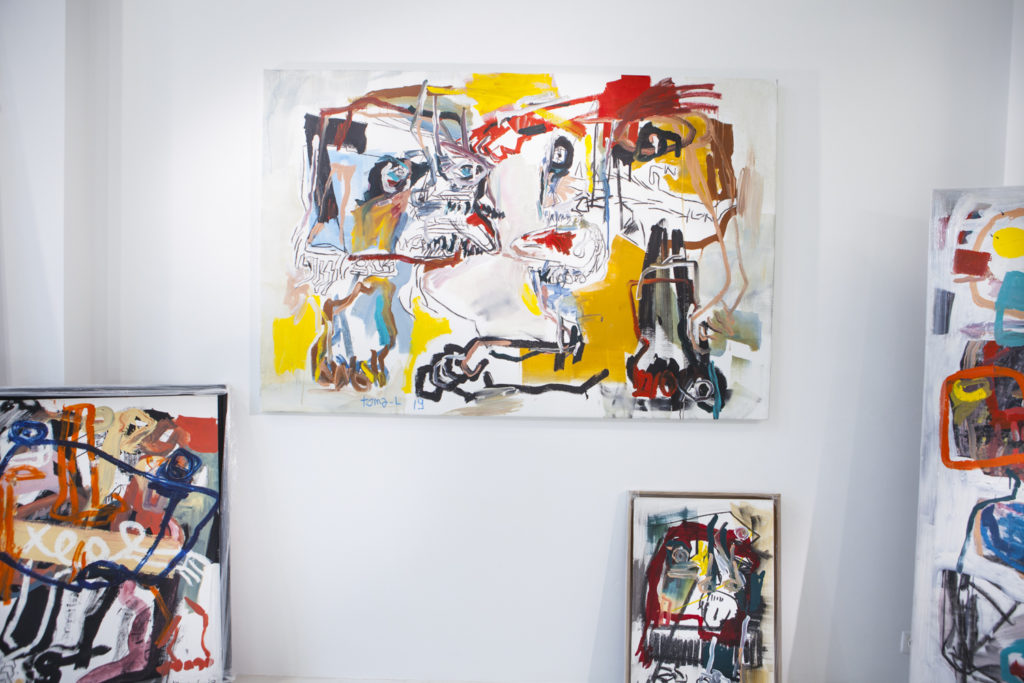 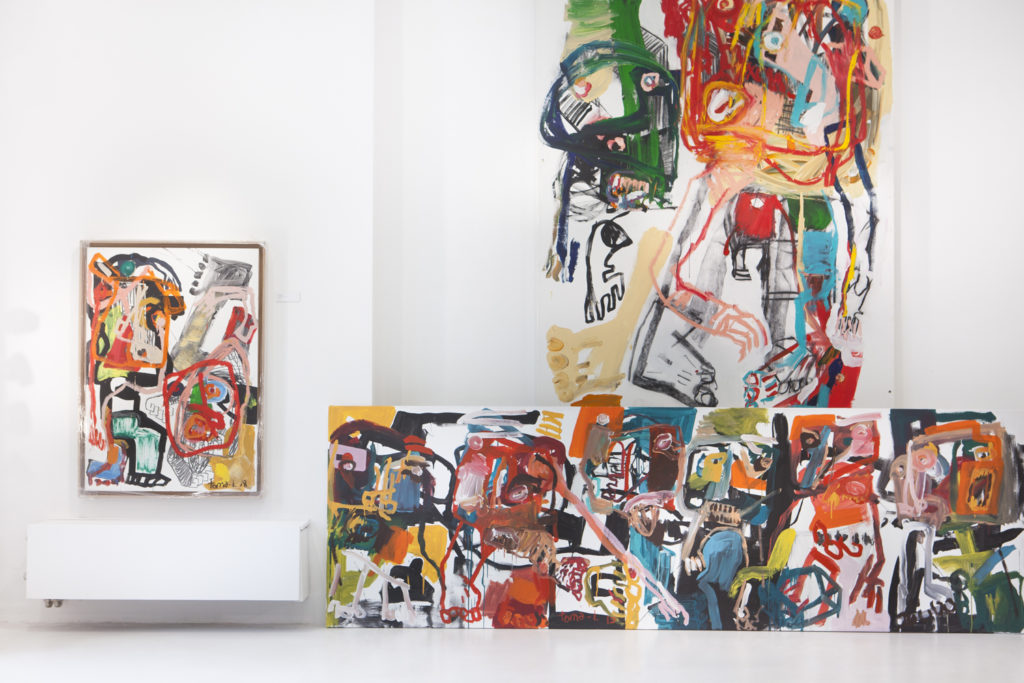 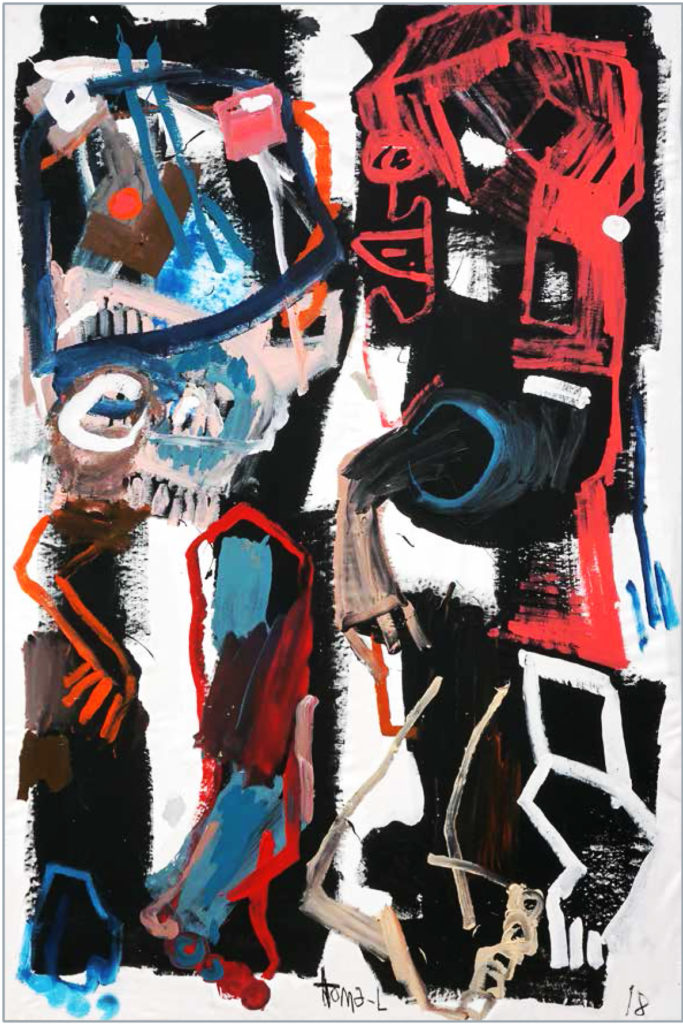 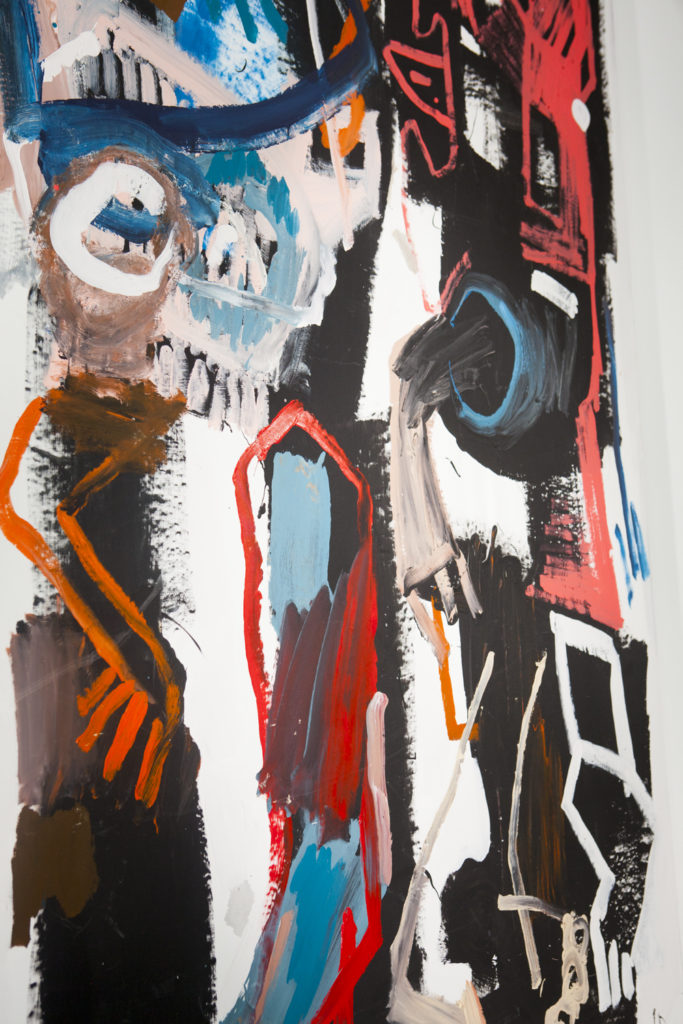 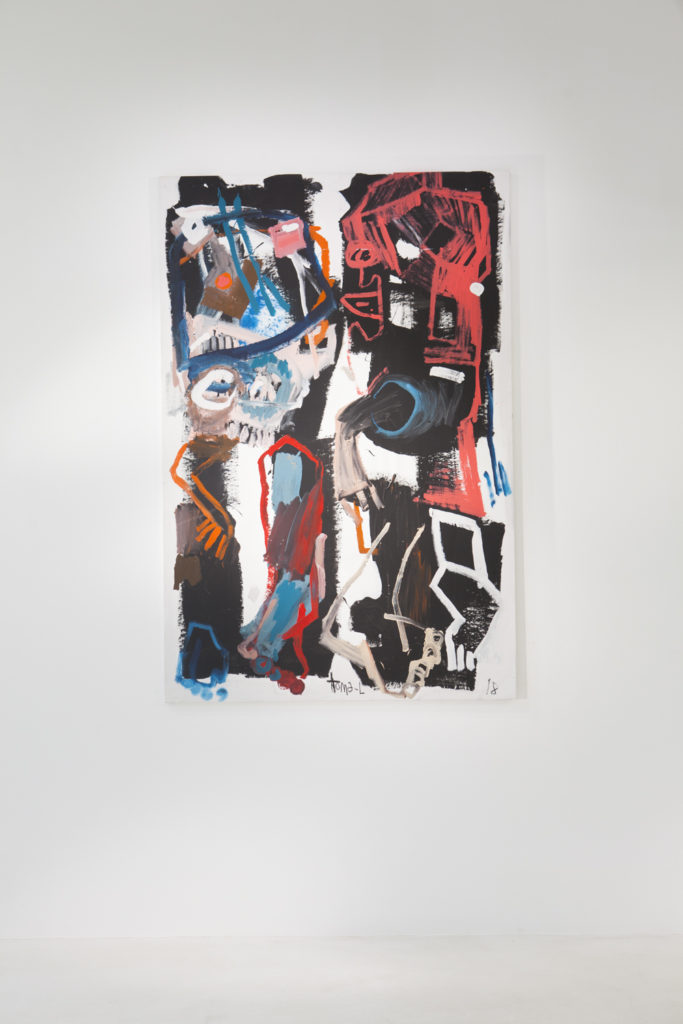 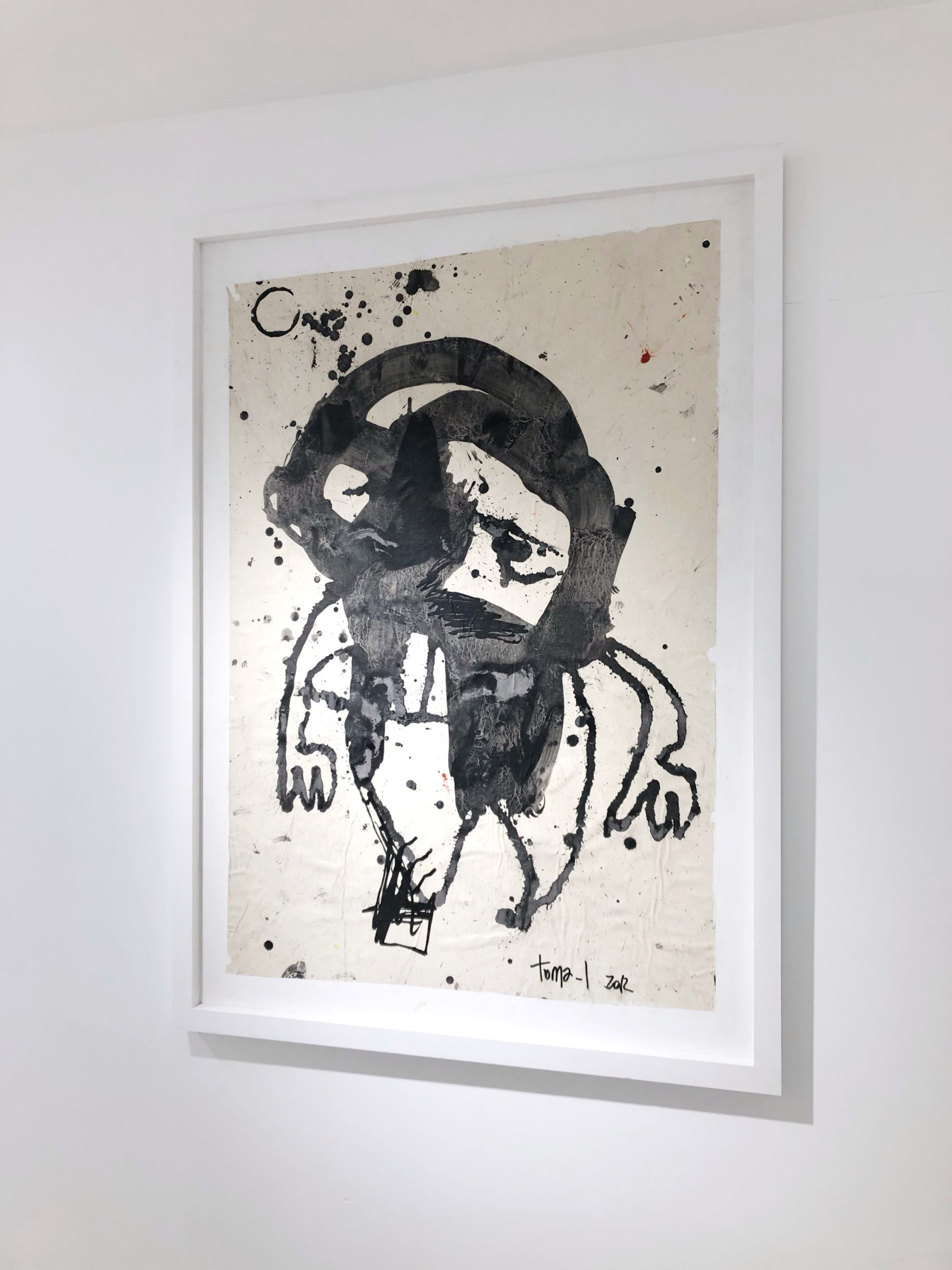 It is 2011 in Marseille. From February through to March, the painter Toma-L is holed up in his atelier working on new material destined entirely for the publication of a new book. The project, named Vas-Y is conceived as a kind of creative huis-clos ‘free and instinctive’.

At his side, a writer, gathering information for the creation of a series of texts which fall somewhere between raw inspiration, intuition and spontaneous reactions. In the middle of the workshop, a graphic designer, passionate about publishing and typography, has set up shop at the crux of the creative process. These sixty days are equally documented by a photographer who captures each step of the project’s progress. The main ideas? The creation and installation of a 10m long fresco named Le Jardin d’Hiver[s]et Variés as well as the production of thirteen canvases, the sale of which will finance the book. Vas-y is a self published project and is also the subject of a documentary film 13 de plus which is released 12th January 2012 along with the rest of the enterprise. It is further worth noting that the installation itself and the documentary are both set to soundtracks specifically composed for the occasion.

Vas-y is a collective experience. There have been many helping hands; the creative team first and foremost who harnessed their savoir faire so that this first publishing project could come to fruition in less than one year. The support received from art collectors and art enthusiasts as well as close partnership links have all contributed enormously to the collective experience. From the image layout (Studio Phototext) to the printing (Abelia Imprimerie), without forgetting the shaping (Clément SA) and the choice of paper – all from the exquisite Maison Fedrgoni collection – this book is certifiably 100% Made in France.

And whilst the final steps in the project, those of of distribution and diffusion of the book are still taking shape, the team is calling on people from the field – journalists to book shop owners – so that Vas-y can reach the public it deserves. The coming year will be packed full of exhibitions, installations and performances all of which you can follow on our website in the section Faits d’Hiver[s]. 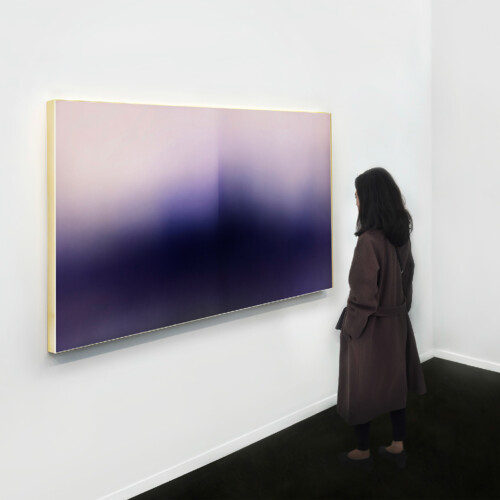 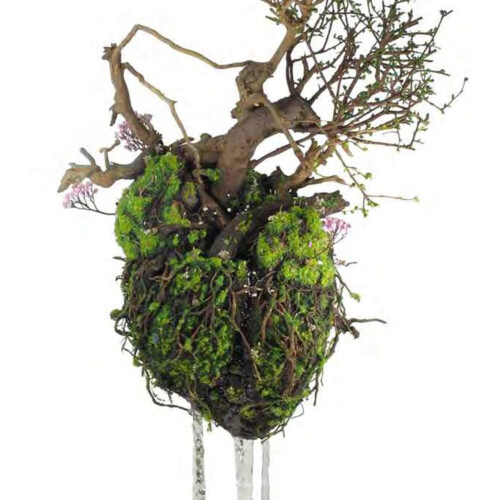 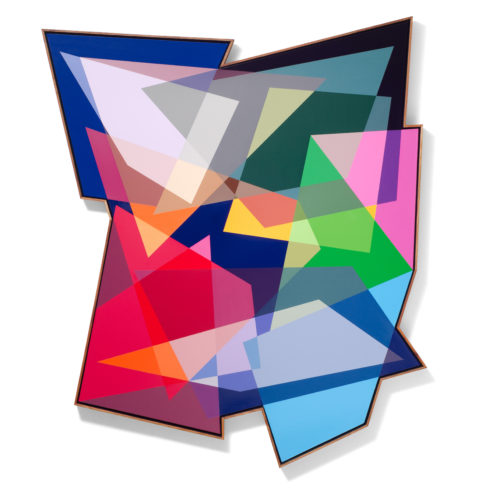 When harmony is a sublime balance between opposite

It is a little closer to the sun, in the south of

Beautiful place for this new sculpture #2 by RODA

Nice discussion between sculpture #3 by RODA and d

Immersion in one of David Moreno’s floating arch

How pleasant it is to rediscover an artwork once i

Today is a special day ! We are now 10k in Macadam